Originally founded in 1885 as a winery, Belmont Brewing Company converted to a brewery after the rattling trains passing by caused the wine to be shaken in its barrels and not settle correctly. 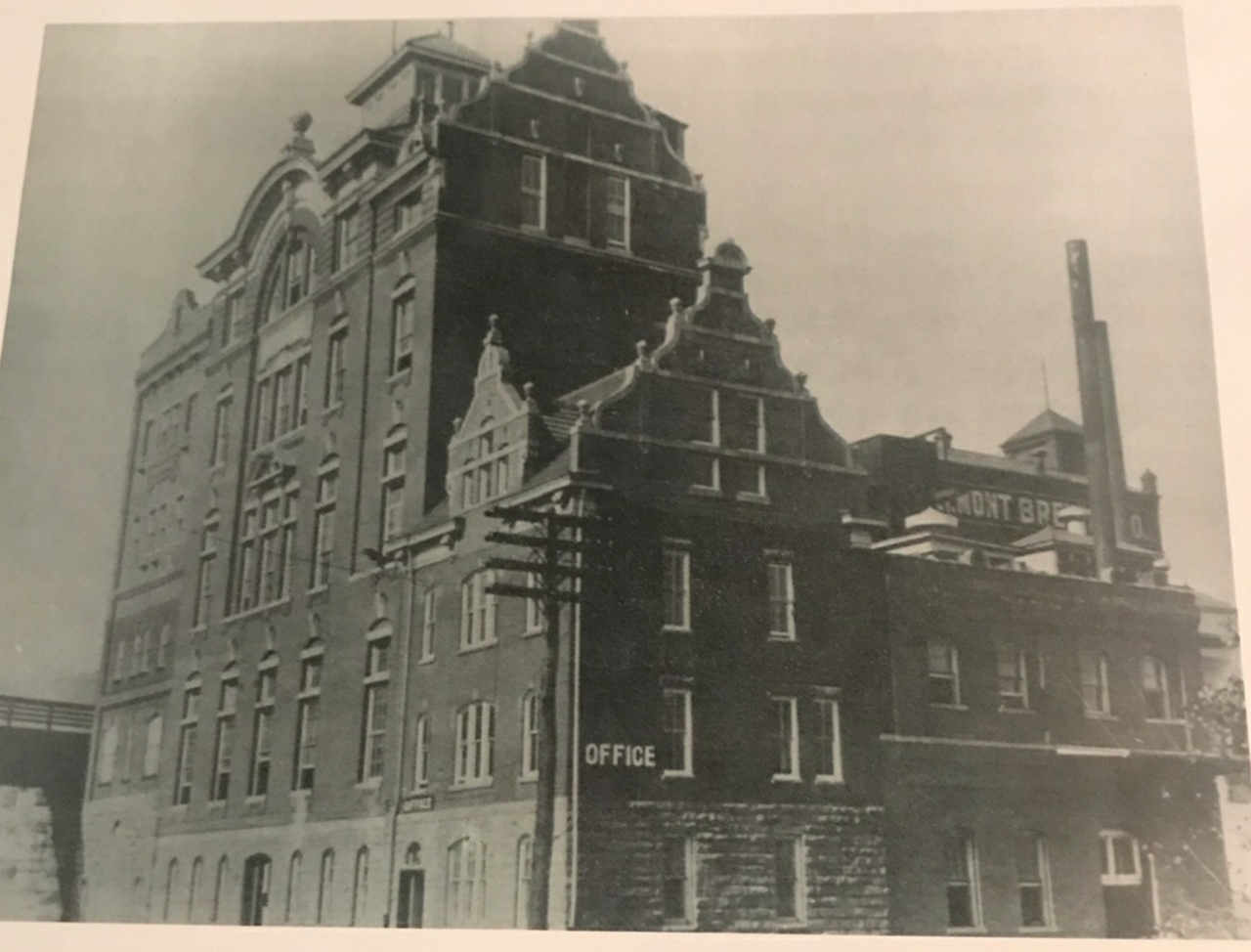 Opening in 1890, Belmont Brewing Company successfully brewed and sold beer to Ohio and West Virginia residents and steel workers. In 1924 when West Virginia became a dry state in the Prohibition, sales skyrocketed as Wheeling residents walked from Wheeling Island to Martin’s Ferry in over-sized clothes to buy bottles of beer and smuggle underneath their clothing back to Wheeling.

Meanwhile, Belmont Products company bought Belmont Brewing Co.’s stocks, opened and ran until 1923 when Eick, Haid (founders) and a few other local men were indicted for violating prohibition laws and conspiracy. Eick was believed to have purchased and transported 5,000 gallons of grain alcohol, distributing it to the surrounding area for $10 a gallon. Belmont Brewing Company eventually re-opened on May 12, 1933. Cars and people lined up for 3 blocks to buy their beer again.

Being that there were only three breweries in the surrounding area, the company was bought and sold over the years, being passed along from owner to owner until eventually closing its doors for good in 1940.

In 2019, a group of individuals came together to bring back the long-closed brewery and give it a modern twist of their own but with a vintage flare. Opening in 2020, Belmont Brewerks was a new business nodding to the great Belmont Brewing Company, serving local, good quality food and hand-crafted cocktails.

In 2022, the Veon family took over Belmont Brewerks with a mission to satisfy the tastebuds of the Upper Ohio Valley. Rick Veon knows sandwiches thanks to his 30 years in the food service industry. The 53-year-old eatery owner had an extended career with Jason’s Deli, an operation in the Chicago area that included 14 units but was 48 locations strong when Veon opted to move on. He also gained experience with steakhouses in the St. Louis area before returning home to Wheeling to be with his family.

The building itself has been completely renovated, inside and out, including a new outdoor patio and space that will eventually be able to be used year-round. 75-inch TV’s surround the restaurant that will hold around 50 guests.

We look forward to serving you!